Oceanvolt manufactures clean and silent electric motors for boating. With this funding round, Oceanvolt wants to scale its production, develop even more environment-friendly innovations and secure its position as a leading company in the industry.

We are passionate about sailing. There is something magical about being on a sailboat all on your own in the middle of the sea.

Sailing is also a green way to travel, but there is one hurdle: the motor. In practice, it is almost impossible to sail without an engine. You need some aid in docking and undocking your sailboat. Usually, this aid is a combustion engine which, besides being noisy, uses fossil fuels that pollute our environment.

Imagine if you could always sail in silence and hear just the sound of the sea.

In 2004, we decided to make this a reality and founded Oceanvolt. We wanted to be the company to turn the tide on green boating. Our electric motors have now powered sailors around the world for 15 years. We are the leading manufacturer of clean electric power and propulsion systems for boats.

Oceanvolt’s award-winning motor systems have been installed worldwide on hundreds of boats ranging from daysailers to 80 ft catamarans. The systems are not only suitable for everyday cruising and sailing, but also for circumnavigating the globe in tough conditions.

Oceanvolt has created several innovations to make sailing even more ecological. In addition to being green, our technology also makes sailing safer, quieter, and more pleasant. For example, our propulsion systems can charge the boats batteries while sailing. This energy can then be used onboard to power the electronics and appliances or charge devices.

Alternatively, the motor can save the energy gathered on a windy day to be used on a later day. This was earlier only possible with a separate diesel generator.

We don’t just talk the talk, but also sail the sea. Our CEO has sailed around the world three times in the race formerly known as the Volvo Ocean Race. Oceanvolt’s system was used in the last edition of Vendee Globe 2016 by Conrad Colman to circumnavigate the globe without a single drop of fossil fuel. For the next Vendee Globe 2020, Oceanvolt will supply the electric propulsion system and batteries for the new HUGO BOSS IMOCA 60 racing yacht, skippered by Alex Thomson. 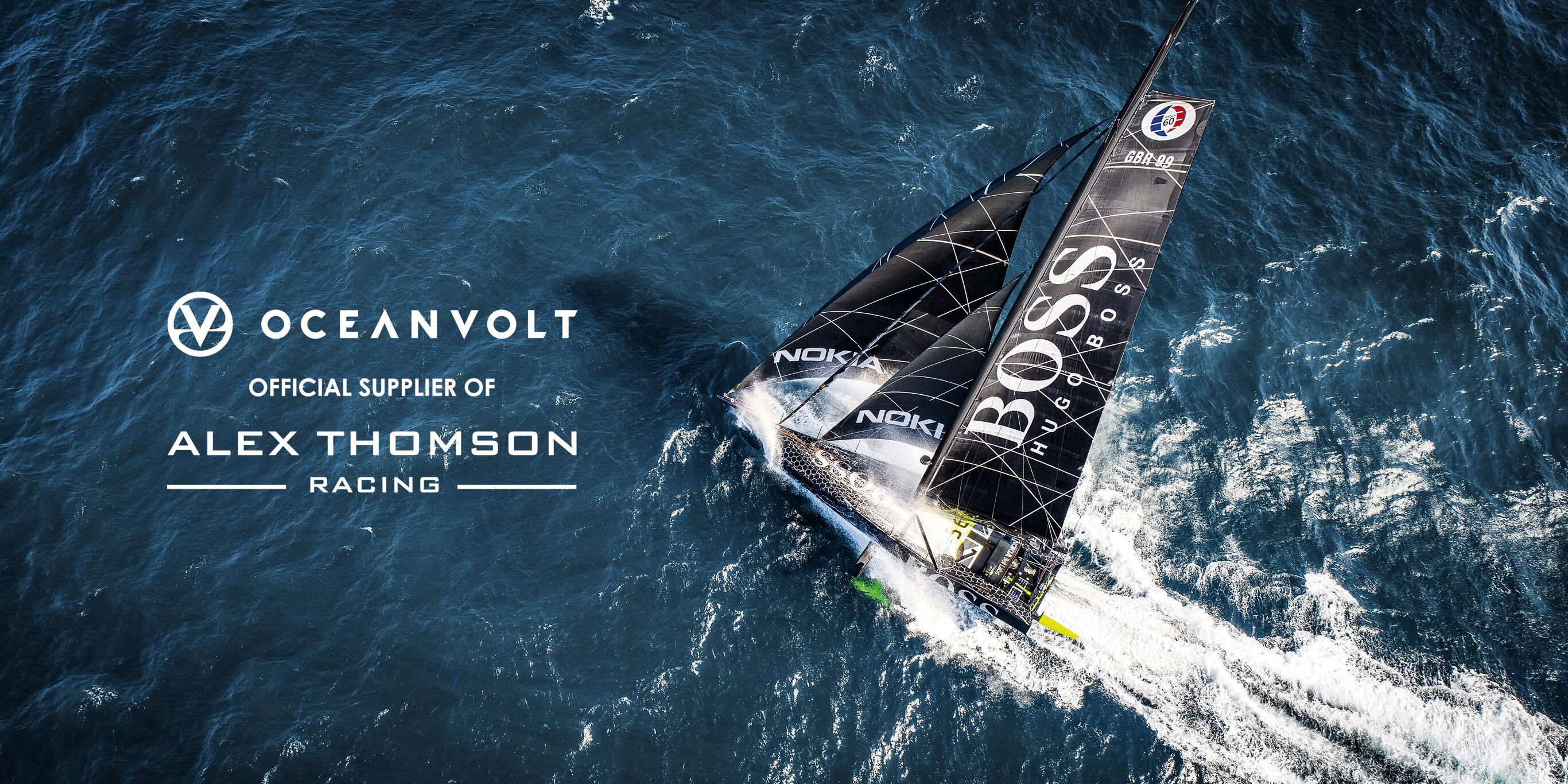 Admin Notice: Error, Please check the Twitter Username you have entered is correct in your shortcode for Feed Them Social.